Horses In The Olympics 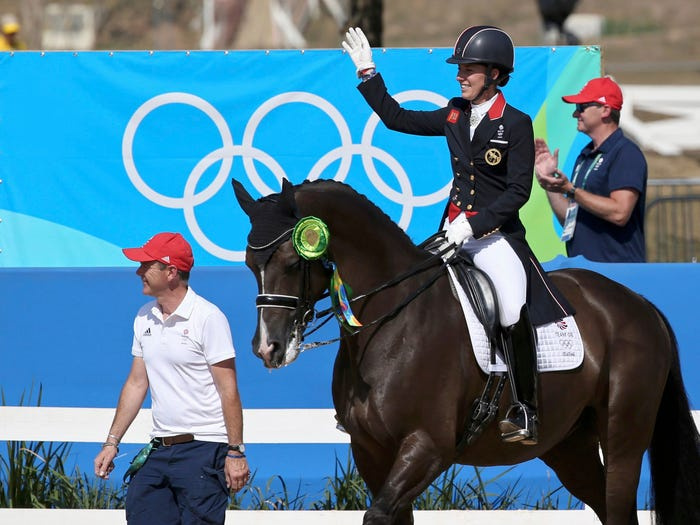 Did you know that equestrian sports are some of the oldest competitions in the Olympics? The ASPCA rounded up 6 reasons why this sport remains a special part of the games.

1. Equestrian sports are one of the five sports that were a part of the very first ancient Olympic Games starting in 776 B.C. Testing an athlete’s skill on horseback is a cherished part of the game’s history dating all the way back to the beginning!

2. Equestrian is one of only a handful of Olympic sports where men and women compete on equal ground.

3. Horses are among the youngest Olympic athletes at the Games. There’s a rule requiring competing horses to be at least nine years old. This ensures the horses have plenty of time to mature before competing, and many of the competing horses will be well into their teens (horses typically live to be 20 to 30 years old).

4. An equestrian from Canada, Ian Millar, holds the record for competing in the greatest number of Olympic Games—10! Horseback riding requires experience as much as it does strength, so athletes are often older than those you see in many other Olympic sports.

5. Speaking of which, you shouldn’t be surprised to learn that the second- and thirdoldest Olympians ever competed in the Equestrian disciplines. Arthur von Pongracz of Austria competed at the 1936 Olympic Games at the age of 72 and is closely followed by 70-year-old Hiroshi Hoketsu from Japan. Hoketsu narrowly missed qualifying for the 2021 Games, which would’ve made him the record-holder.

6. The horses competing at the Olympic Games make it to the venue in style: on airplanes! There’s no better way for a horse to travel overseas. Each horse has a robust team to ensure their needs are meticulously attended to from the time they leave their home country to the time they return. This year’s Equestrian Olympic events begin July 24. If you’re feeling inspired by the equestrian athletes, take a minute to learn more about the joyful world of equine adoption and get involved with these amazing animals.

PetBridge is committed to helping all homeless animals find a home.